The government of Prime Minister Margaret Thatcher engaged in frantic last-minute diplomatic lobbying in Moscow on the eve of the Black January massacres in Baku in a bid to stop the killing, according to new papers released in recent weeks by Britain’s National Archives under the country’s 30-year rule.

Shocking revelations become clear from a secret telegram that was forwarded to the nation’s ambassador in Moscow by Charles Powell, Private Secretary for Foreign Affairs to the Prime Minister. Many official documents are released into the public domain by London 30 years after they were created, which in 2020 coincides with the tragic events of Black January in 1990.

Powell served as a key foreign policy adviser to Thatcher during the 1980s and became one of her most trusted foreign policy aides. In the telegram, which is marked ‘Strictly Personal for the Ambassador’, Powell reveals that London had been tipped off by a third country that Mikhail Gorbachev, then Chairman of the Supreme Soviet of the Soviet Union, had ordered troops into Azerbaijan and noted darkly: “There are grounds to believe his intent is not merely policing to prevent escalation of the protests in Baku, but to suppress with an unwarranted show of force.” The telegram states that the source of this information and the circumstances of its acquisition could not be shared with the ambassador, but that it was considered reliable.

Gorbachev was about to become the Butcher of Baku, having ordered troops and KGB special forces into Azerbaijan to violently suppress the Popular Front of Azerbaijan and unarmed protesters seeking freedom and also against Armenian nationalist moves on Nagorno-Karabakh. London’s stated position was that Gorbachev’s response was extreme and did “not warrant such an excessive reply.”

Thatcher’s administration ordered its ambassador in Moscow, Sir Rodric Braithwaite, to urgently engage with the Ministry of External Relations and attempt to speak with Minister Eduard Shevardnadze in order to urge restraint. Despite this, Gorbachev murderous plans continued and some 131 civilians killed and 744 injured.

In 1995 Gorbachev apologised to Azerbaijan, stating: “The declaration of a state emergency in Baku was the biggest mistake of my political career.” Yet this once darling of the West had already been awarded with a Nobel Peace Prize — the same year that he had ordered the killings of hundreds of Azerbaijanis. 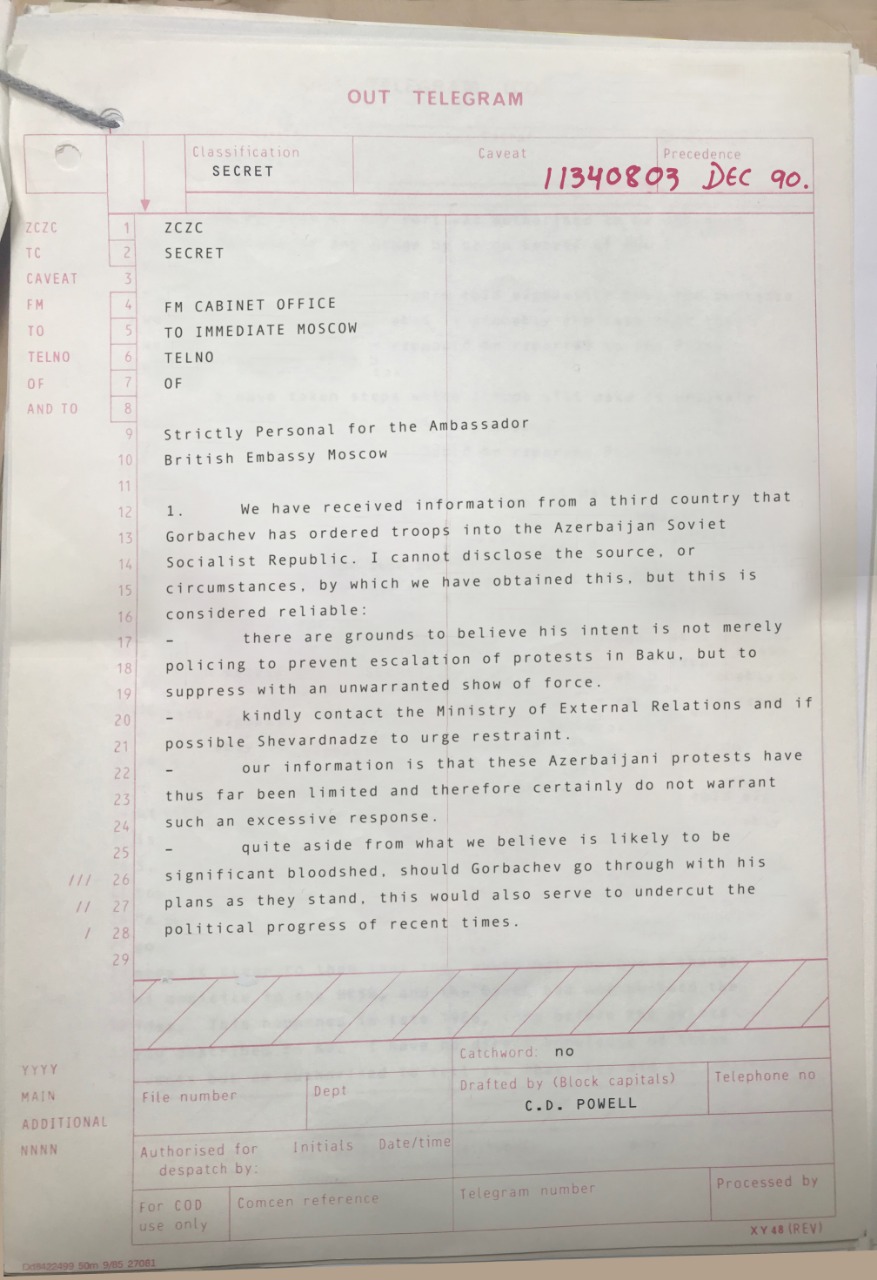