Hate Crime in LA: Armenian Dashnaks’ assault on Azerbaijanis must be condemned by all

On July 21, thousands of locals representing the radical Armenian Dashnak groups, led by Armenian National Committee of America, came to protest in front of our Consulate General, located in West Los Angeles.

At the same time, approximately 50 Azerbaijani community members came to counter-protest and highlight the occupation and ethnic cleansing of Azerbaijan’s lands by Armenia, as well as the recent aggression committed against our north-western border.

The Los Angeles Police Department was on site to provide for the safety of the Consulate and our community members, as the Dashnaks have a 100+ year history of violent, mob behavior. At the very start of the protest, the Dashnak representatives began hurling insults, followed by stones and frozen water bottles, directly targeting the relatively small and peaceful gathering of Azerbaijani supporters.

The Armenian crowd swelled and the street became chaotic, with hundreds of Armenian vehicles looping around the block, blaring horns, hurling objects and insults, until finally several hundred Armenian radicals broke through the police scrimmage line and charged at the Azerbaijani community members, as LAPD officers were trying to escort them out to safety.

As a result, 10 Azerbaijanis were injured, including a young woman, and 5 Azerbaijanis required hospitalization for their injuries. The Armenian man, who attacked the young Azerbaijani woman, also assaulted a police officer. The assailant has been detained, and the LAPD is investigating the entire incident as a hate crime.

The Armenian lobby and some media outlets and politicians who often cater to them cannot change these very simple facts. Or the fact that following the physical assaults, many of our community members have been receiving death threats from Armenian radicals. We have reported all of them to the LAPD and FBI for investigation.

It is disgraceful that the Armenian National Committee of America (ANCA) — once called “a particularly noxious lobby” by Washington Post editorial — led this violent mob, once again showing the true face of the radical and aggressive Dashnak ideology.

It’s the same ideology that once wholeheartedly supported Adolf Hitler’s policies and the Holocaust. And ANCA, being the lobbyist arm of this radical group — is now presenting itself at the U.S. Congress and all over the U.S. as “a dove of peace,” having misled many federal and state elected officials.

It is also totally unacceptable that neither any of the hundreds of Armenian organizations in the United States, nor Armenia’s Consulate General in Los Angeles, or their Embassy in Washington D.C., have condemned this outrageous hate crime by Armenian radicals. Nor have they called on their community to avoid any further violence, in the face of death threats to the Azerbaijani community. On the contrary, both the diplomatic missions and ANCA have absurdly blamed the physically assaulted and injured Azerbaijanis for the violence! 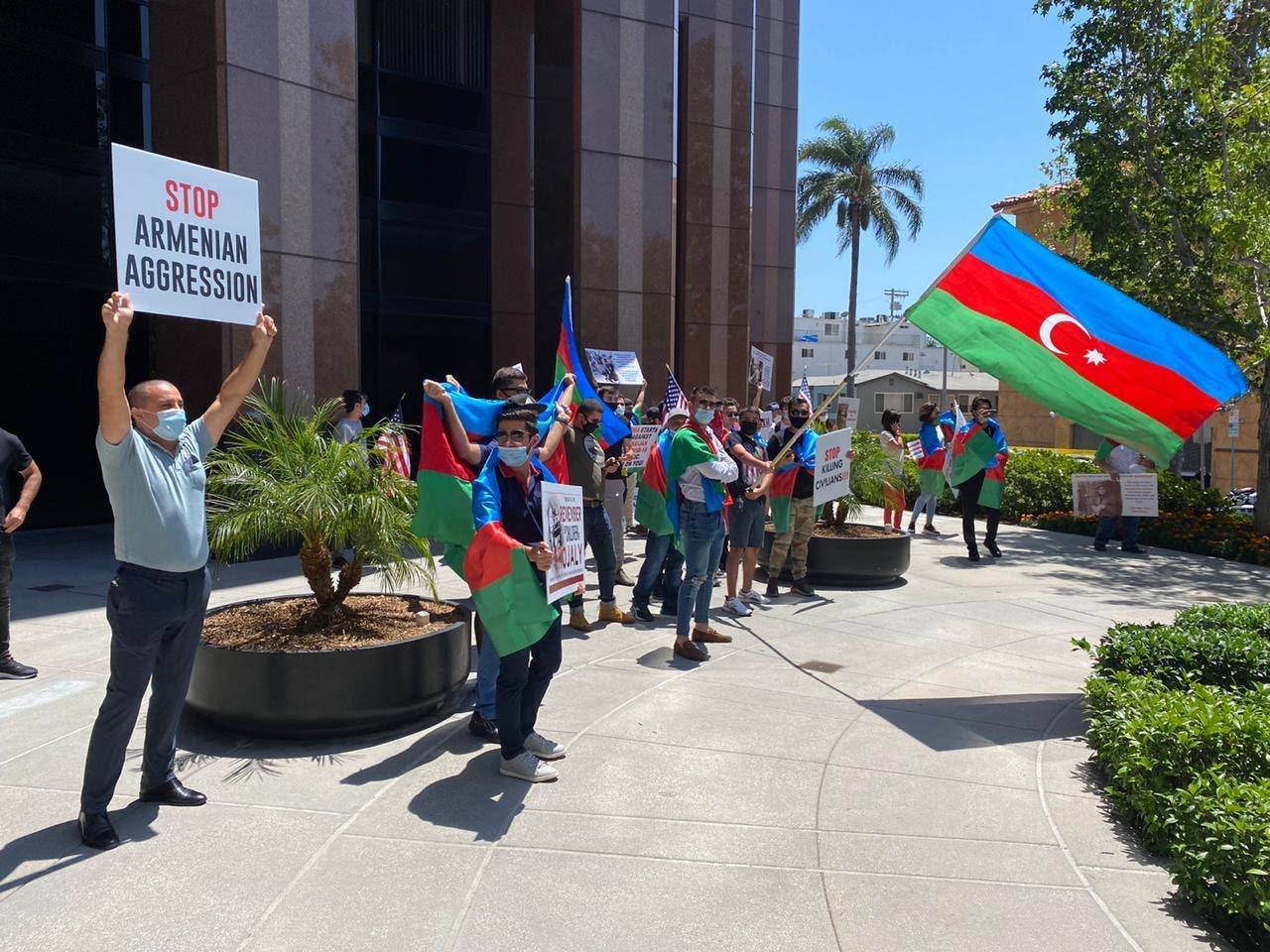 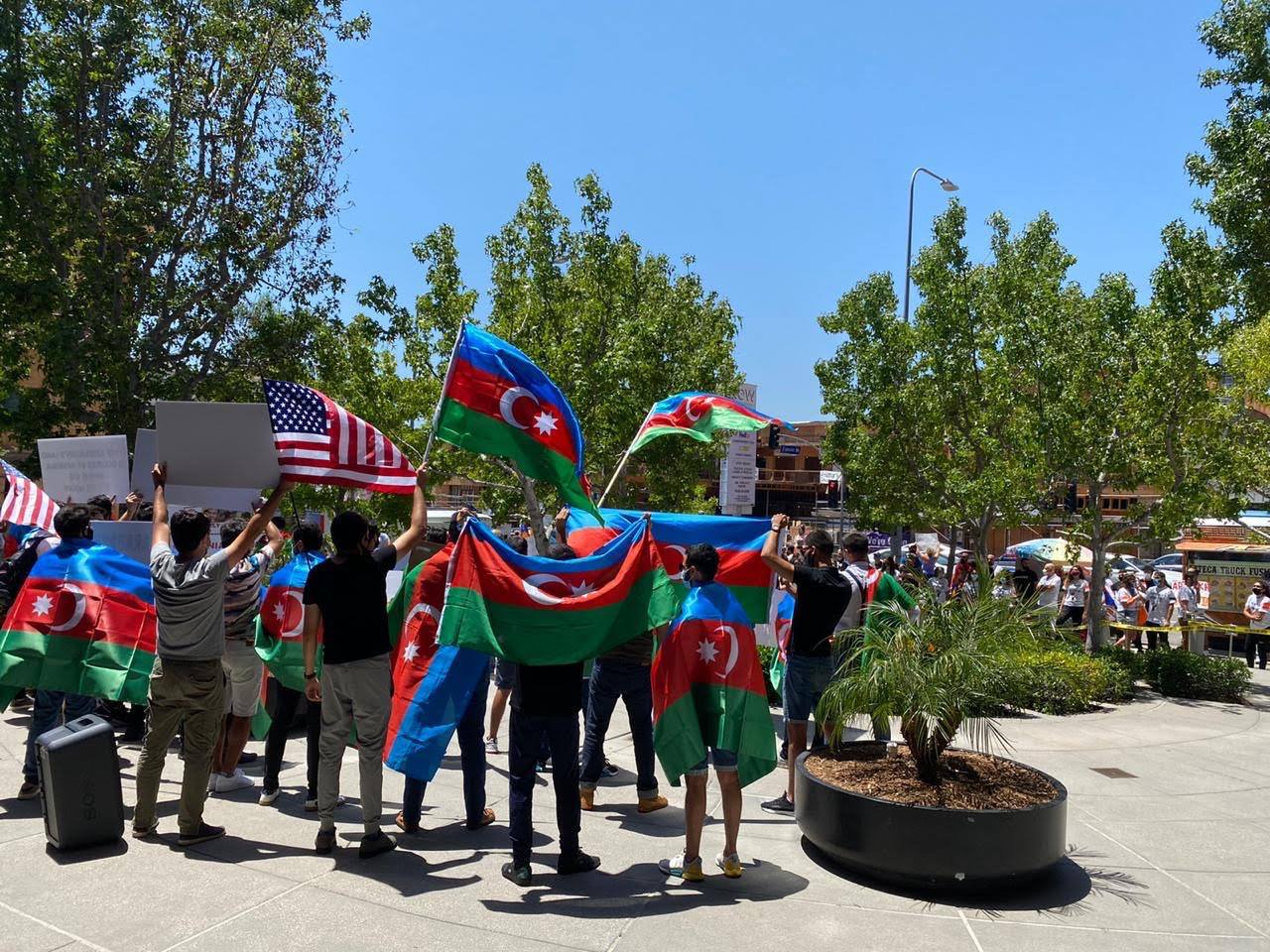 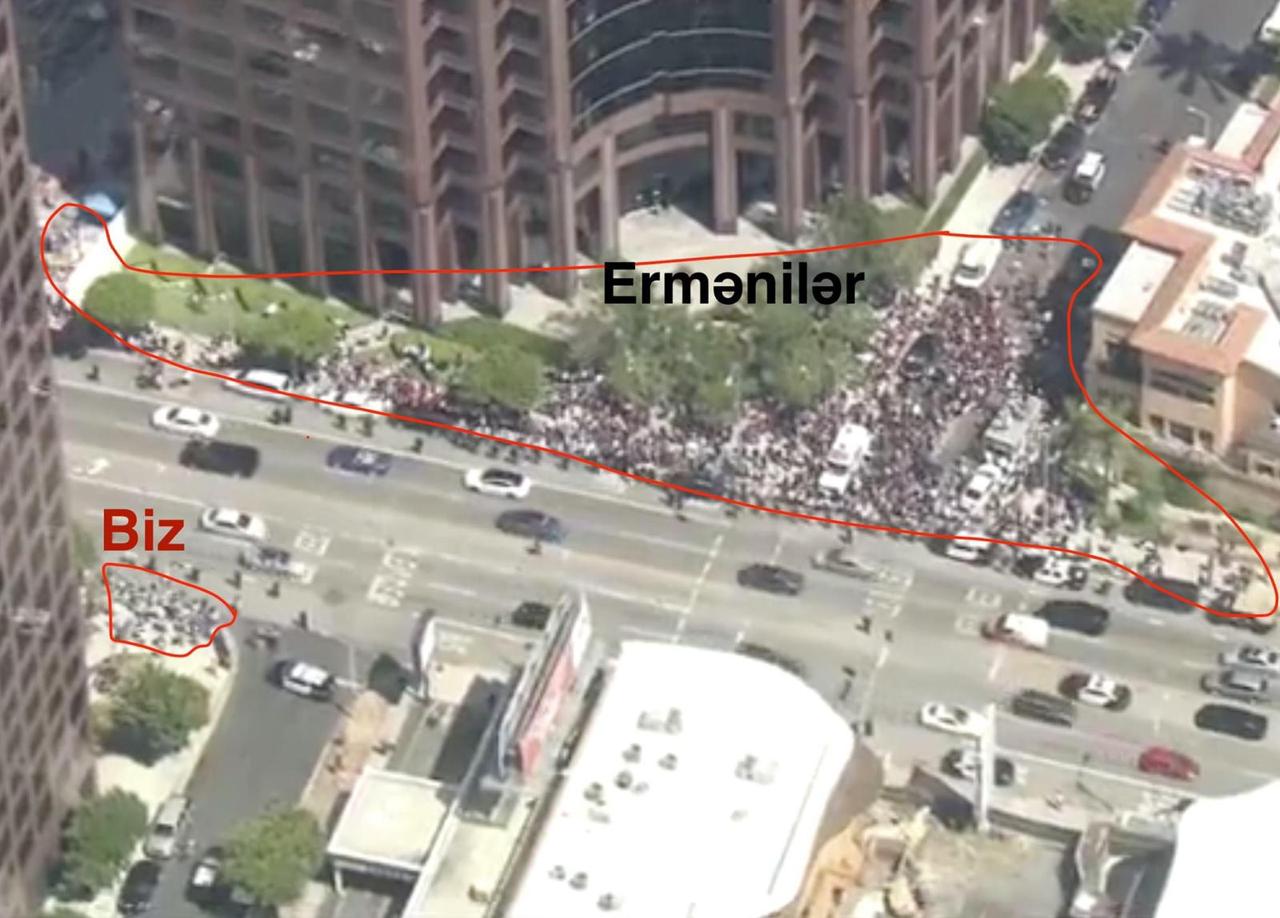 The consistent display of brutality, especially by young, U.S.-born Armenians, raises many questions about the kind of environment that has enabled and instilled a profound hatred in so young a generation, a generation that has been driven to hostility and violence, even as they live far removed from Armenia. 7,000 miles seem to be a minor distance when confronted with multigenerational prejudice, even for those raised in a city as diverse and multicultural as Los Angeles.

Armenian community leaders should carefully reflect on how to address and dismantle the violent hatred within their community and make sure that a new generation of Armenian-Americans in Los Angeles are not brought up in such an obviously harmful and destructive atmosphere.

I am grateful that immediately after the attacks, two of the world’s largest Jewish organizations — the Simon Wiesenthal Center and the American Jewish Committee’s Los Angeles Office — condemned this violence, calling on LAPD to investigate it as a hate crime. Also, I just received a similar statement from the Israeli-American Council, which is the largest organization of Israeli-Americans, uniting over 250,000 members. Thank you for your solidarity!

We are counting on all our friends and lasting allies as well as all the various communities, faith and elected leaders to stand up and explicitly condemn this hate crime, a way of acting that has no place in this modern world and no place in a future with any hope for peace.

This is the first time in history that Azerbaijani-Americans and nationals have been subjected to this kind of hatred and violence on U.S. soil. We should make sure it is also the last.

See this short video displaying some of the attacks:

Nasimi Aghayev has been Consul General of Azerbaijan to the Western US since 2012. His letters & articles were published by NYTimes, WSJ, Wash.Times, The Hill.