The Okhchuchay River contaminated to a dangerous level: the German CRONIMET‎ is threatening the ecology of Karabakh | 1news.az | Новости
News HUB

The Okhchuchay River contaminated to a dangerous level: the German CRONIMET‎ is threatening the ecology of Karabakh 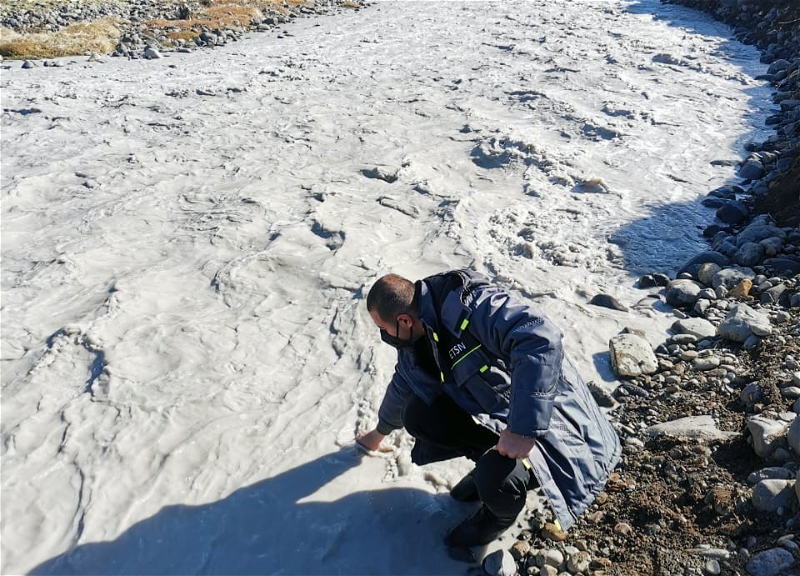 The Okhchuchay River, heading from Armenia to flow through the territories of Azerbaijan, got polluted with industrial wastes so badly that it has become unsuitable for irrigation purposes; moreover, all fish in the river have gone extinct.

The German Company CRONIMET‎, an active player in the Armenian mining sector, ignores any environmental impact caused by their activities, despite their numerous public statements of compliance with the environmental standards.

The total length of the Okhchuchay River is up to 83 km with its bigger part within the Syunik region of Armenia (being the historical region of Azerbaijan called Zangezur). The lower course of the river flows through Zangilan – the recently liberated territories from the Armenian occupation.

The level of the Okhchuchay River pollution is extremely important for Azerbaijan, considering that it flows into the Araz River - the second largest river in the South Caucasus. The Araz River, the largest right tributary of the Kura River, is playing a crucial role in irrigation of the farming lands of Azerbaijan. However, given the quality of the water in the river, its use for domestic and agricultural needs can lead to extremely negative impacts.

The liberation of the Azerbaijani lands previously occupied by Armenia has given an access for the Azerbaijani ecologists to the local rivers flowing, in particular, through the territories of the Zangilan district. The results of the water test portions from the Okhchuchay River taken within January – March 2021 have revealed a high content of heavy metals, specifically, a copper, a molybdenum, a manganese, an iron, a zinc and a chromium.

According to the report by the Ministry of Ecology of Azerbaijan, the content of copper-molybdenum compound - 2 times, iron - 4 times and nickel - even 7 times was higher than the norm. Periodically a color of the Okhchuchay River was changing either to a white or to an acid-yellow one. A mass trout mortality in the river was recorded in March 2021.

The high content of heavy metals in the waters ruins not only the fluvial fauna, but is also extremely dangerous for the human health. Usage of the contaminated water can bring to detrimental consequences - from the disorders of gastrointestinal tracts, destructive processes in kidneys and bone tissue up to the disorders of cardiovascular, nervous and hematopoietic systems of the body.

It is a common fact that a major number of the salts of heavy metals enter the environment as a result of the activities of mining and processing enterprises. This gives reason to believe that one of the largest mining enterprises in Armenia, located in the Syunik province at the head of the Okhchuchay River (called the Voghji River in Armenia), by dumping their production wastes directly into the river, without any preliminary treatment, does not comply at all with the world’s environmental standards.

This refers to the Zangezur Copper and Molybdenum Combine - one of the key mining enterprises in Armenia, producing molybdenum and copper concentrates. 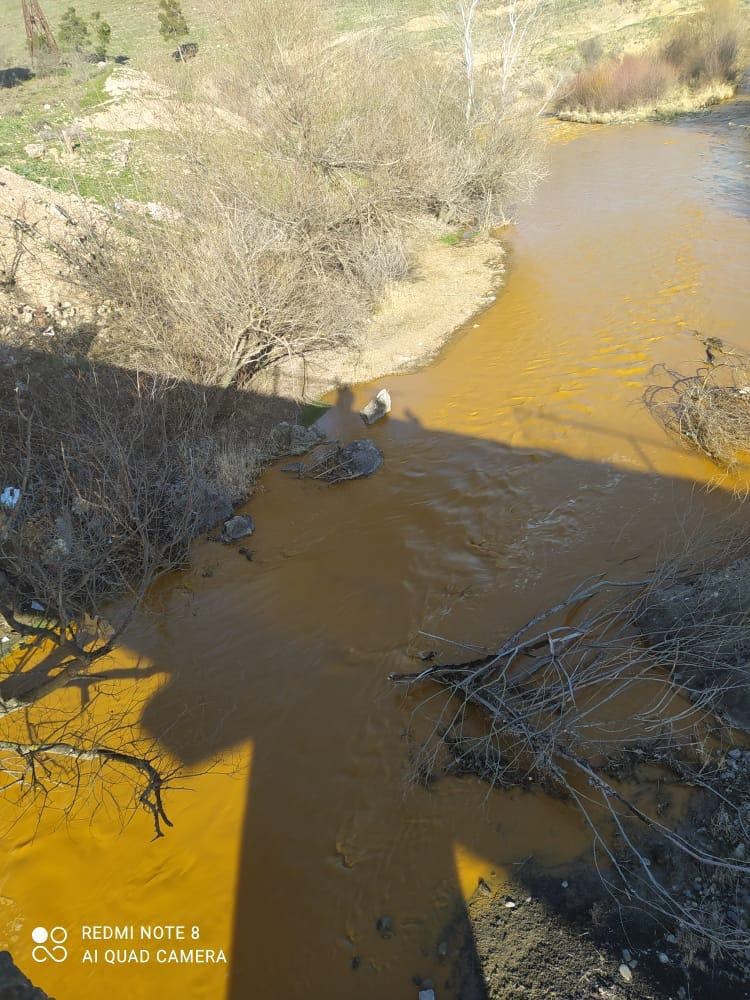 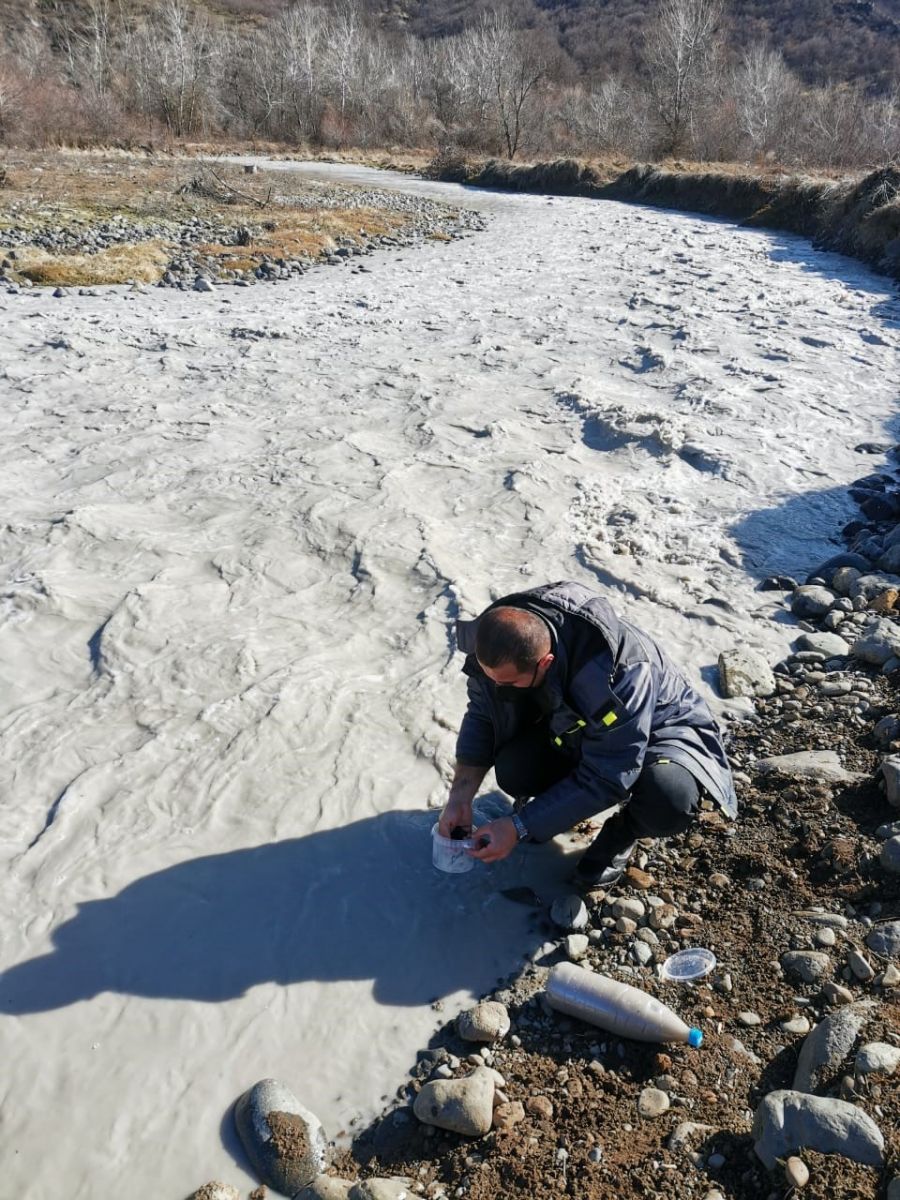 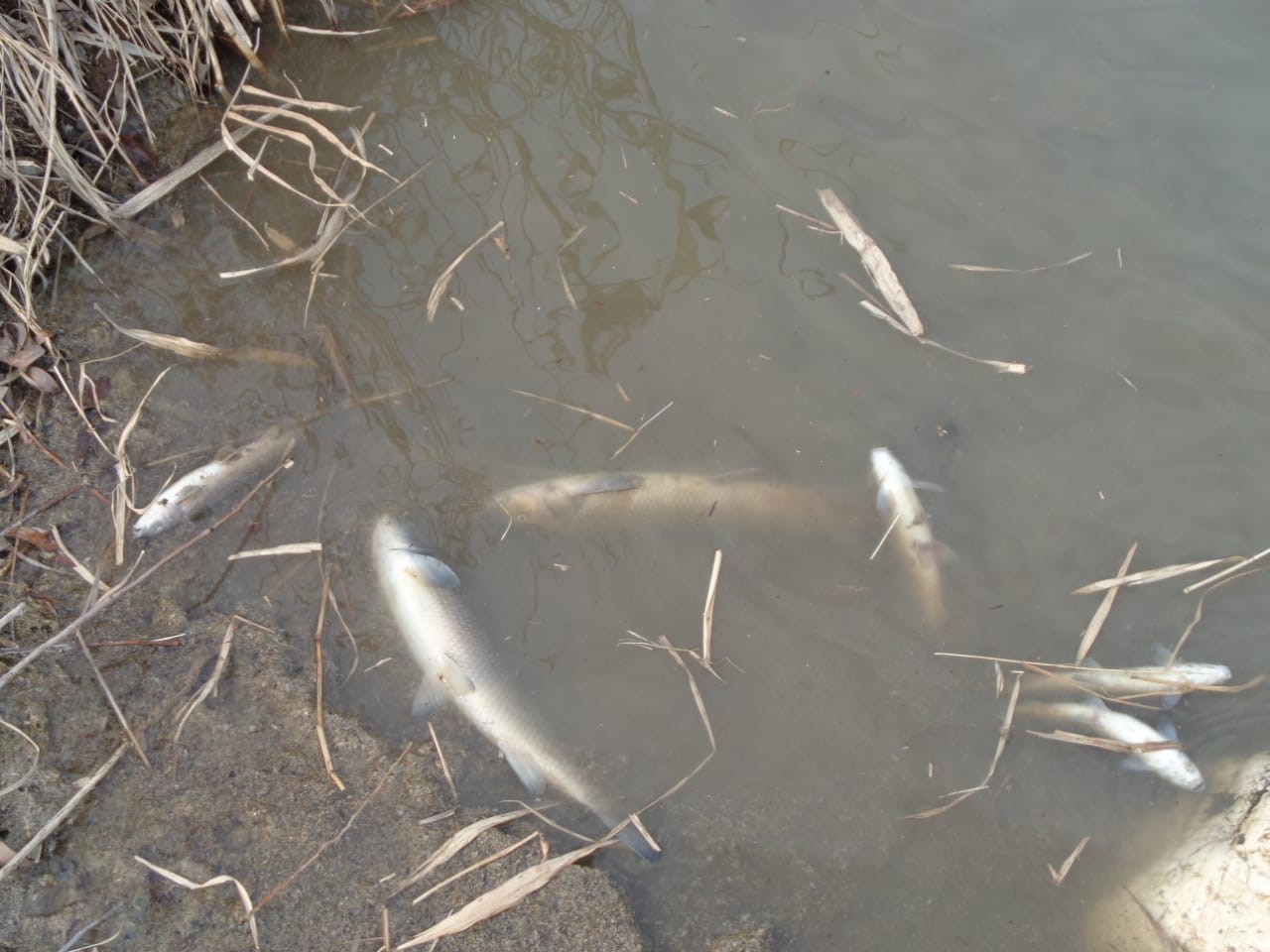 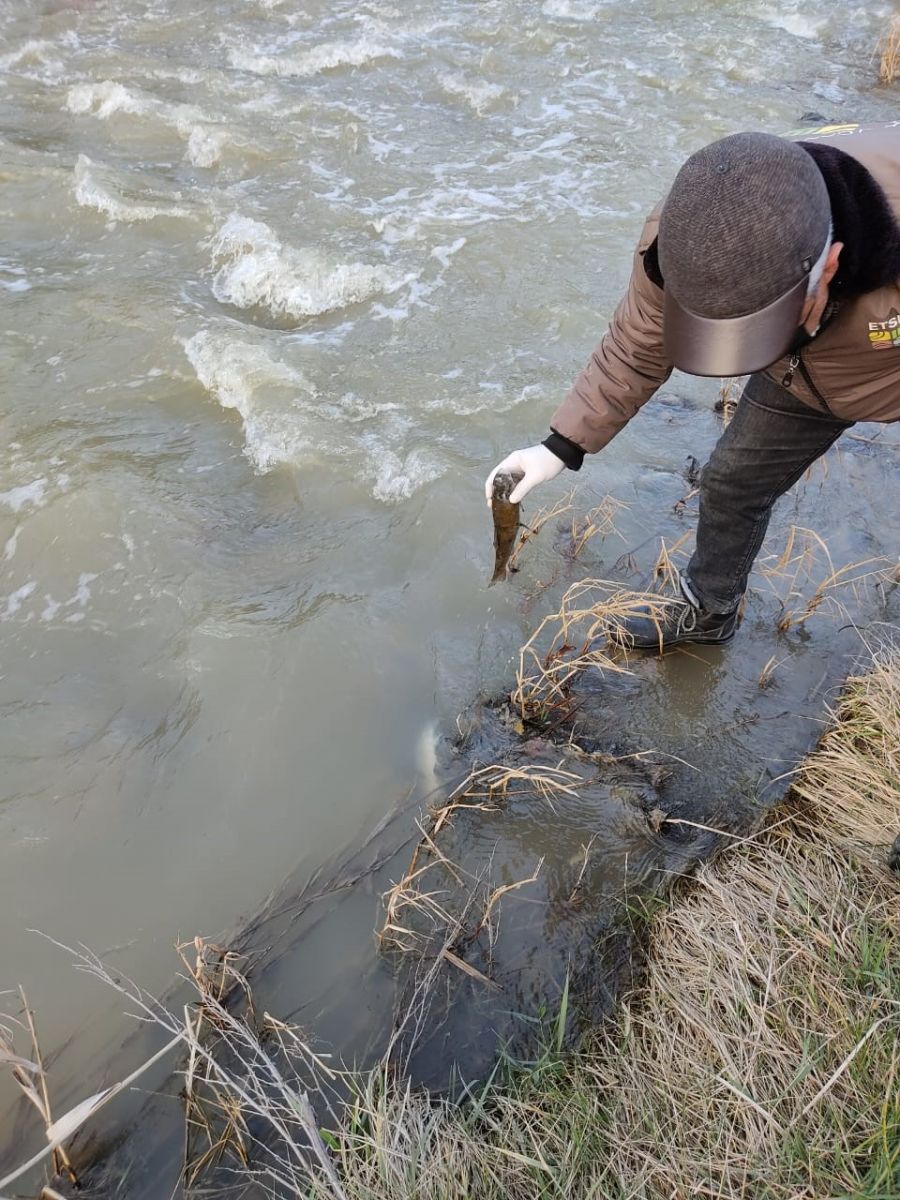 The monitoring by the Armenian ecologists has also acknowledged a role of the Zangezur Copper and Molybdenum Combine in a sad condition of the river.

Thus, in 2017 an assessment of the ecological state of the water bodies located within the mining areas of the Syunik province was carried out by the Armenian specialists from the National Institute of the Educational Technologies at the Ministry of Education and Science of Armenia, with a cooperation of the Russian experts from the Siberian Branch of the Russian Academy of Sciences at the Sochava Institute of Geography. The water quality assessment was determined in accordance with the methodology of the EU Framework Directive.

The inspection has shown that due to an input of contaminants along with surface and groundwater supplies from the territory of the operating mine, as well as with wastewaters dumped by the Zangezur Copper and Molybdenum Combine into the river – down the Kajaran town, the water quality is declining from Grade II to Grade IV. A potential for the self-purification and self-regeneration of the Okhchuchay River is decreasing due to a high content of heavy metals in it and due to an increase of the water intake by the combine.

A level of the high pollution by heavy metals persists downstream, the study says. A significant content of the sulfate ions, potassium and sodium results in dropping a water quality to Grade III and Grade IV.

The Zangezur Copper and Molybdenum Combine (ZCMC) is owned by several companies. Most of its shares belongs to the German CRONIMET Mining AG (60%). The rest of the ZCMC owners are small Armenian companies with the following shares split: “The Plant of Pure Iron” OJSC (15%), “The Armenian Molybdenum Production Ltd” (12.5%), “The Zangezur Mining Ltd” (12.5%), and some minority shareholders with 0.335% of shares.

Thus, CRONIMET manages the Kajaran copper-molybdenum mine - the largest one in the South Caucasus in terms of copper and molybdenum deposits. According to the experts’ research, the ore reserves in Kajaran are estimated at more than 1 billion tons. They mine per day around 24 thousand tons of ore and 5-6 thousand cubic meters of waste rock. A content of molybdenum and copper in the ore is 0.055% and 0.21% respectively. 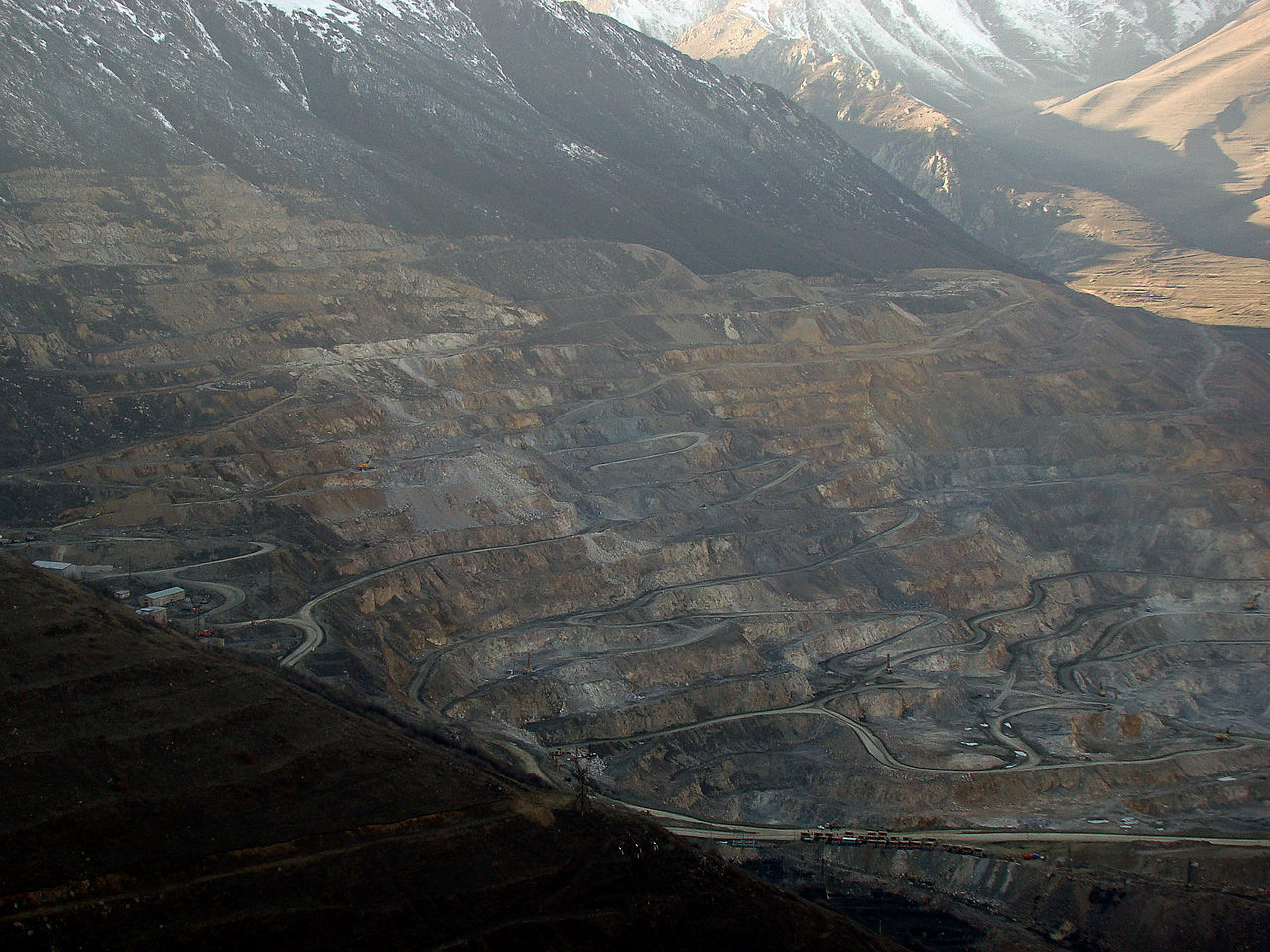 CRONIMET HOLDING Company was founded in Karlsruhe, Germany, in 1980. It is engaged in the extraction, treatment and processing of minerals and metals, the logistics and trade, the supply of raw materials for the production of stainless steel. The company's annual turnover, as of 2018, was $ 2.8 billion.

The CRONIMET is a Group of Companies owned by a family of Pilarsky – the Germans of Polish origin. The Managing Partner of CRONIMET is 83-year-old Günter Pilarsky, holding this position since the company’s foundation back 40 years ago. Under his leadership, CRONIMET has become one of the leading stainless steel processors in Europe. In 2005, Pilarsky set another landmark in the development of the CRONIMET Group of Companies by founding CRONIMET Mining AG.

CRONIMET has been present in the mining sector of Armenia since 1996. In 2004, during the privatization of the Zangezur and Copper Molybdenum Combine, CRONIMET Mining acquired 60% of the ZCMC’s shares.

CRONIMET's ties with the political elite of Armenia

Despite the fact that the companies of CRONIMET Group are present in various countries throughout the world, from Africa to Asia, Günter Pilarsky does not hide his close connections and friendship with Armenia. Not only has he been doing business in Armenia for many years being a friend of the Armenian leaders, Pilarsky is also an Honorary Consul of Armenia in the German state of Baden-Württemberg since 2006 for his merits in the development of the economic cooperation between Germany and Armenia. This information is available on the CRONIMET website.

That same year, Pilarsky founded Jocelyn & Günter Pilarsky Foundation with an aim to support the worldwide projects to help children in need. However, it is noteworthy that this foundation is conducting its activities only in the two countries - in the Philippines and ... what a surprise, in Armenia.

Günter Pilarsky is also a Vice President and a Sponsor of the Karlsruhe SC Football Club. Until 2020, the President of the Club was Ingo Wellenreuther, a member of the Christian Democratic Union (CDU) / Christian Social Union (CSU) faction. Pilarsky is believed to be using Wellenreuther's political contacts.

The name of Günter Pilarsky also appears in the list of Armenia’s bribed lobbyists in Germany, recently published by the authoritative American edition The USA Tribune. Until the autumn of 2020, Germany was one of the main countries where the Armenian lobbying organizations were engaged in attracting corrupt lawmakers, the article says.

It is within the realm of possibility that the Honorary Consuls of Armenia in Germany, being the business leaders, finance other Armenian lobbyists and their instruments. 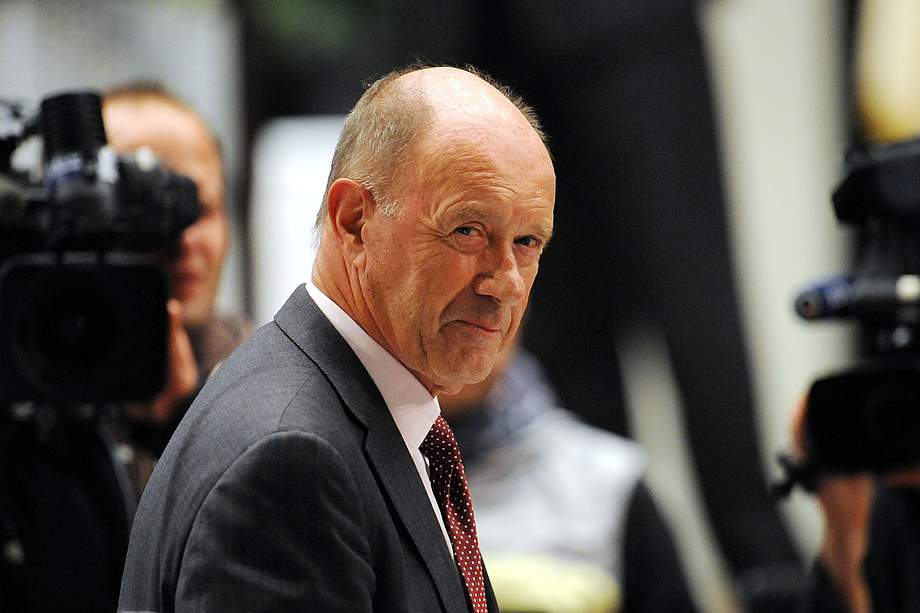 Such close ties between the leadership of CRONIMET and the political elite of Armenia were also acknowledged in the investigation report by the Armenian edition of Civilnet published in November 2019. The report noted that a concealed co-owner of the Zangezur Copper and Molybdenum Combine, through the third parties, was Mikael Minasyan, a former Ambassador of Armenia to the Vatican and a son-in-law of former Armenian President Serzh Sargsyan - the Serzh Sargsyan, who was standing at the origins of the breakaway movement in Karabakh in the late 1980s, and who, during his 10-year rule of Armenia, from 2008 to 2018, made a fortune on the uncontrolled "gray zone" of Karabakh, bringing his own country to a deplorable economic condition.

No wonder that ZCMC Director Mher Poloskov denied such information, saying to the reporters that Mikael Minasyan did not possess any a stake in his enterprise. However, a privileged position of CRONIMET in Armenia with their abuse to neglect the world’s quality standards together with a wealth accumulation at the expense of the ecology of a region located far from Germany, gives reasons to assume with a high degree of probability that the facts provided by the Armenian edition of Civilnet were true.

The Greens are to gain power in Germany

Having been operating in various countries around the world, the CRONIMET Company declares on its website its commitment to the standards of quality, efficiency, safety and all other requirements that any respected internationally operating company would incur obligations to meet.

Back in November 2018, at the meeting with Gunther Pilarsky, newly appointed Prime Minister of Armenia Nikol Pashinyan welcomed CRONIMET's activities in Armenia and stressed out the importance of all companies’ compliance with standard environmental and operating procedures in the mining industry.

Pilarsky, in his turn, concurred with Pashinyan on the importance of these procedures and added that CRONIMET was constantly working on an improvement of the efficiencies of their activities.

However, the latest water test portions taken from the Okhchuchay River are testifying to the opposite... 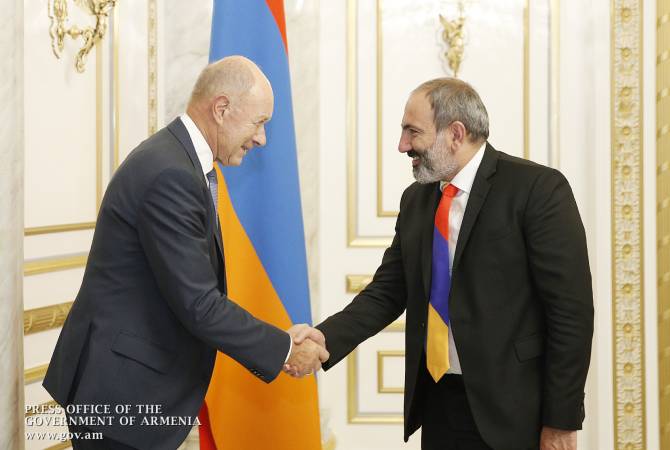 Photo: Günter Pilarsky at the meeting with Nikol Pashinyan, November 2018

A gross negligence to the world’s environmental standards by CRONIMET within a long period of their operational activities in the mining sector in Armenia, the country partner of CRONIMET, cannot but disquiet the environmental organizations in Germany, where the Green Party, the nature advocacy, has been gaining popularity.

According to the German media, Annalena Baerbock, the Co-Chair of the Greens, has every chance of winning a position of the new chancellor of Germany. For the elections in the Bundestag in September this year the Greens have named Annalena Baerbock as their candidate for a post of the head of the government.

According to the public-opinion polls in Germany, the Greens consistently score the second place being only 3-5 percentage points behind the leader, the governing conservative bloc CDU / CSU.

We do hope that the Greens in Germany will not only monitor the EU countries for their compliance with the environmental standards, but will also give a serious consideration to the ecological irresponsibility of the German company operating in the South Caucasus region.