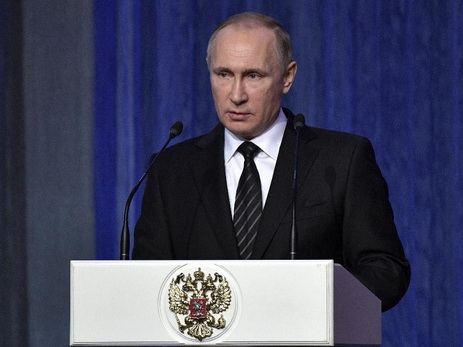 A dangerously lazy habit has taken hold in Western countries of drifting in and out of geostrategic imperatives around the world, letting regional balances shift willy-nilly without the West's collective input.

To be sure, after the interminable disasters of Iraq and Libya, anything that smacks of intervention terrifies our leaders. The loud defiance of nationalist demagogues – Sisi, Erdogan, Duterte, Maduro et al - amplified by Russia's media psy-ops hasn't made the process any easier. While we watch paralyzed, our own internal sense of alignment is shifting so we're not sure what side to take, let alone how to intercede. The advent of Donald Trump illustrates – and exacerbates – the chaos.

Let us focus on one oft-overlooked, highly critical strategic zone to get a sense of the stakes, and the consequences of abstaining from the balance altogether. Consider the Caucasus. During the Soviet era, Moscow's sway extended down to the border of Iran, taking in Georgia, Azerbaijan and Armenia. One could argue, like Trump and other pro-Putin leaders, that for stability's sake the region should return to Moscow's sphere of influence as of old. Here's a precise example of lazy airy fantasizing founded on our own emotional exhaustion at global miscues – that will only lead to worse.

In the old days, Iran wasn't with Moscow, not during the Shah or Khomeinist era. It now is. So the restoration of Russia's sphere of influence would, today, extend her sway down through the Caucasus, through Iran, into the Middle East via the Shiite Crescent – Iran, Iraq, Syria, Hezbollah in Lebanon. And let's not forget Iran's client, Hamas. You'd have a solid bloc of power, of anti-Western power, projected deep into the world's critical oil supplying region. Add Erdogan's Turkey to the realignment and you've got the Eastern Mediterannean under Putin's hand too. Add to that Bulgaria and Greece, both countries historically sympathetic to Russia and increasingly hostile to European unity. So you can wave good bye to Nato and the EU within a few short years.

You might argue, as some leaders have begun to do in the UK, Hungary, France, Turkey and elsewhere that those pacts no longer serve any purpose anyway. Nato and the EU haven't stopped terror and the rest is mere shadow-play. So let us play out this shake-up of the old alliance structures. What do we lose? Leave aside the aspirations for independence of Ukraine, the Baltics, the Caucasus countries – would we go to war to protect them from Moscow, so the refrain goes. Leave aside also the oil-leverage that goes with the Middle East. Leave aside the Atlantic alliance and indeed European unity. What is left? There's the rub, for after all that abstention, you've got chaotic nationalism across the atlas partly dominated by Putin and partly checked by new bilateral deals (yet to be born) with no coherence.

What's preventing the chaos? Believe it or not, at the moment the entire strategic balance outlined above pivots around crucial alignments now unfolding in the Caucasus. To wit, Israel is making friends with Azerbaijan, while Armenia falls more deeply under Moscow and Tehran's wing  Meanwhile Georgia hovers undecided. The pipeline that offers Europe the only significant source of oil outside of Russia and the troubled Mideast hangs in the balance, namely the Baku-Ceyhan pipeline that takes oil from Azerbaijan via Georgia and Turkey out into the world.