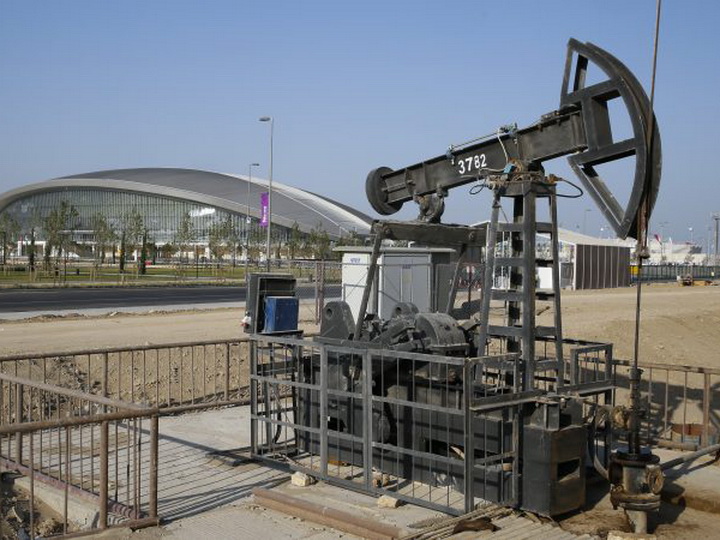 Over 25 years Azerbaijan has become an energy state, but not only the mere exporter of the crude, also the exporter of energy security.

Together with its partners Azerbaijan has built a successful model of cooperation through the construction of the Baku-Tbilisi-Ceyhan and the Baku-Tbilisi-Erzurum oil and gas pipelines that transport hydrocarbons of the Caspian Sea to international markets.

Azerbaijan has managed to become self-sufficient state despite the fact of occupation of Nagorno-Karabakh and the socio-economic burden of its refugee and internally displaced population created in the consequence of Armenia-Azerbaijan conflict. Its reliance on hydrocarbons therefore came as a natural escape to deal with variety of its challenges.

Lately, Azerbaijan has also been working to build international partnerships towards exploration of the country’s gas resources, estimated to be at around 2,6 trillion cubic meters. The existing Baku-Tbilisi-Erzurum gas pipeline did not suffice for the exploration of these fields and transportation of large production volumes.

This begot the strategic project – the Southern Gas Corridor (SGC), which having been initiated in 2013 and partly inaugurated in May, 2018, became an important chain of energy security, economic development and global partnership.

The Corridor consists of four integral parts – “Shah Deniz-2”, Southern Caucasus Pipeline Extension (SCPX), Trans Anatolian Pipeline (TANAP), Trans Adriatic Pipeline (TAP), and the works on all of them are successfully implemented. It is the first tangible megaproject in Europe that unites all components of energy security.

It involves close cooperation of seven nations – Azerbaijan, Georgia, Turkey, Greece, Bulgaria, Albania and Italy, participation of numbers of international oil and gas companies as well as the support of major financial institutions, like EBRD, EIB and ADB.

TAP is almost complete (93,5% as of March 2020) as also reported during the latest, 6th meeting of the Advisory Council on the SGC on 28 February, 2020 in Baku. The finalization of the TAP will enable the export of about 8,8 billion cubic meters of Azerbaijani gas to Italy.

Azerbaijan will contribute to the energy security of Italy as well as of the countries in South Eastern Europe and will ensure the diversification of sources and routes, and help in the de-carbonization efforts of the continent.

SGC is also an expandable network and has the potential to expand to Balkans, Central and Western Europe as well, to attract new supplier, transit and consumer countries. BRUA project, the interconnector Greece-Bulgaria (IGB) and the Ionian-Adriatic Pipeline (IAP) are the potential interconnecting pipelines that could deliver Shah Deniz gas to other destinations through the SGC.

There are 31 billion cubic meters potential in SCPX and TANAP, and doubling up to 20 billion cubic meters for TAP is possible. Such plans could though be challenged by the considerations that the EU’s energy policies may be changing in a long-term future with the adoption of the “Green Deal” setting the stage for Europe to become carbon-neutral by 2050.

With EBRD becoming a “climate bank” and mostly focusing on public and private “green” investments, it will therefore not invest in any future fossil fuel projects, including gas, starting from 2022.

However, it is stated that the situation with already functional projects like the SGC could be assessed differently. As was voiced by the EU officials themselves, becoming carbon-neutral in fact does not mean that the EU will no longer need natural gas. Natural gas is also said to be a significant back up commodity for the renewables for some time.

Before the onset of COVID-19 pandemics, forecasts on Azerbaijan’s economy were therefore rather positive. The country was also in the midst of comprehensive reforms that have already brought number of palpable changes in the state administration.

In October 2019 the then Minister of Economy Shahin Mustafayev declared that “In 2020, real growth in Azerbaijan’s GDP will be three percent, including 1.6% for the oil sector and 3.8% for the non-oil sector.

The growth of the non-oil industry is projected at 8.8%, and agriculture – at 4.8%”. His successor, Minister Mikhail Jabbarov later also reiterated this objective and pledged to achieve more. Azerbaijan’s unemployment rate dwindled from 5,02% in 2018 to 4,99% in 2019 and was projected to further decrease.

Azerbaijan also aims to increase the share of renewable energy resources in the overall energy consumption balance of the country by 30% till 2030, while currently this number is 18-19%, including hydropower stations.

In January 2020 it has signed implementation agreements of pilot projects on renewable energy with two leading companies of Saudi Arabia and United Arab Amirates – “ACWA Power” and “Masdar”, respectively, and more such undertakings could come in future.

Despite the positive picture above, when the scales of global pandemics acquired bigger proportions, Azerbaijan did not also remain immune to the contagion. The news about the first infection case broke on 28 February and the government was swift to put the country into quarantine and enhanced it as the situation so demanded.

The special Coronavirus Support Fund was established with 19 March 2020 Presidential Decree and the government prepared 9 programs worth 2,5 billion manats – 3 % of the GDP to support the economy and extend social benefits.

The idea is to put the economy back on track as soon as possible and weather the COVID-19 storm with minimum losses. Granted, the acute slump in oil prices as a consequence of the suppressed demand for crude put further strain on the economy, which otherwise was on an upswing.

Azerbaijan’s 2020 budget has envisaged at $55 per barrel of oil. However, with oil prices in the first two months of the year being above $60 and budget proceeds surpassing the expenditures for about 400 million manat in January alone, plus the proceeds from tax and customs services provided increasing income to the state budget.

Azerbaijan’s strategic currency reserves are estimated to be over $50 billion, which provides extra fiscal security and enables to compensate for the losses incurred. This is more so, in the light of the recent OPEC+ deal, which pledged to withdraw at around 20 million bpd. oil from the markets that could potentially help to stabilize the market.

The effects of the deal are yet to be seen, but early market reactions have shown some positive dynamism.

The debate on the ramifications of COVID-19 and its impact on world economy is still ongoing. However, it is clear that there will be no winners and losers of this global calamity as everyone is affected. So is Azerbaijan.

However, Azerbaijan’s strong standing before the outbreak as an energy and reformer state and swift measures to contain the virus as well as operationalization of state support mechanisms can offer the cause for optimism that the country could quickly return back to normal and continue the works interrupted with greater rigor.

There definitely is a political will and hopefully the way will be unhindered soon too.

Dr Esmira Jafarova is board member of the Center of Analysis of International Relations (AIR Center), Baku, Azerbaijan.