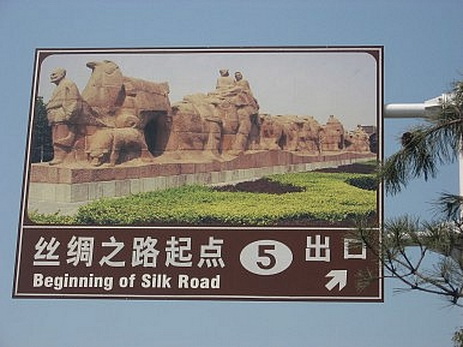 Chinese Vice Premier Zhang Gaoli recently wrapped up a nine-day trip to Russia, Armenia, Azerbaijan, and Georgia, during which he sought to gain traction for the Silk Road Economic Belt initiative, China’s proposed plan to link the world’s second largest economy to Europe via Central Asia.

The Silk Road Economic Belt and the complementary Maritime Silk Road were proposed by the Chinese government in 2013, with the aim of building a trade and infrastructure network connecting Asia with Europe and Africa along the ancient Silk Road routes. The twin projects are collectively referred to as “One Belt, One Road” (OBOR).

As Xinhua reports, on May 30, Zhang met with Russian Vice Premier Arkady Dvorkovich, who spoke in strong support of the integration of the OBOR initiative with the Russia-led Eurasian Economic Union. In May 2015, Russia and China signed a joint declaration on the integration of the two regional development projects.

Dvorkovich encouraged firms in both countries to forge partnerships in a wide variety of areas, including energy, aviation, telecommunications, ship-building, high-speed trains, transportation, and agriculture. He also promised to improve the policy environment for Chinese firms operating in Russia, specifically mentioning his support for the protection of intellectual property rights and tax abatements.

During Zhang’s second stop on the multi-country tour, Azerbaijani President Ilham Aliyev said his country is prepared to actively participate in the construction of the Silk Road Economic Belt. Aliyev voiced optimism regarding the impacts of increased economic integration on Azerbaijan’s energy, transport, agricultural, and technology trade, as well as tourism.

In Georgia, Zhang met with President Giorgi Margvelashvili, a staunch supporter of the interregional initiative and champion of his country’s important economic role as a link between Asia and Europe.

As Revaz Topuria, president of the Europe-Georgia Institute, recently wrote in an op-ed for The Diplomat, despite Georgia being left out of the early stages of China’s Belt project, the country has emerged as perhaps its most enthusiastic backer.

Georgia and China are currently negotiating a free trade agreement after a memorandum of understanding was signed in December 2015. With the third round of talks scheduled for July in Tbilisi, both sides pledged to speed up the process of cooperation and reached consensus on the agenda for their upcoming meeting.

During the Chinese vice premier’s last stopover in Yerevan, Armenia, Zhang told Armenian President Serzh Sargsyan that the two countries must work together to promote the construction of the Silk Road Economic Belt, better integrate with each other’s development strategies, and expand areas of common interests.

Sargsyan echoed the sentiments of other Central Asian leaders in pointing to transportation infrastructure, trade of agricultural products, and tourism as key areas of collaboration with China. Sargsyan also emphasized the importance of copper smelting, the chemical industry, and improvements in education to Armenian participation in the OBOR project.

Critics are skeptical that the Silk Road Economic Belt and the broader One Road, One Belt trade and infrastructure network will pay off in the long-run. Some detractors have called it a poor attempt to buy friendship and political influence.

On May 29, The Washington Post published a scathing report of Silk Road domestic investment gone awry in a story focusing on Lanzhou New Area in Gansu province. The author, China bureau chief Simon Denyer, argues that the project exemplifies “how debt is rising to alarming levels as the government tries to prop up a slowing economy with projects that make little or no commercial sense.”

China has already pledged over $1 trillion to the OBOR plan, which will require trillions more—up to $8 trillion—to complete. Once finished, China’s trade web would span over 60 countries home to more than 4.4 billion people, according to the World Bank. The economies with which the OBOR network would interact represent over 40 percent of global GDP.

Analysts believe that China is promoting the project in part as a way to put to use its enormous overcapacity of raw materials, a result of drastic gains in productive capabilities and stalling domestic consumption. China’s steel and aluminum industries have drawn heavy criticism from the United States and EU for flooding global markets with excess capacity.

Further, as labor costs rise in China, the outward expansion will help outsource the costs of manufacturing to neighboring countries and lower inputs to domestically-produced goods.

One thing is certain: China is not likely to cease pushing the ambitious mega-project anytime soon.

Peter Bittner is an Editorial Assistant at The Diplomat based in Berkeley, CA where he writes mainly on foreign affairs in East and Central Asia, with an emphasis on environmental issues, international trade and development, and U.S. foreign policy in the region.