Azerbaijan's role in a cohesive and sustainable world

The World Economic Forum is one of the largest platforms that unites politicians, business people and public organisations to hold discussions on global economic processes, agenda and socio-political processes. The Forum provides extensive access to abundant information on global economic trends.

I am planning to attend the Annual Meeting of the Forum in Davos for the 14th time since 2007. The World Economic Forum has not only been a great platform for presenting the realities of Azerbaijan to the world community but has provided comprehensive information about global economic trends. This has helped us promote socio-economic reforms in our country and attract foreign investments.

Due to such reforms, our country's economy grew by 80% between 2007 and 2019, by 2.1 times in the non-oil sector and by 13 times in its strategic currency reserves. Poverty levels have decreased by more than four times over this period with the unemployment rate settling at 4.9% after a substantial decrease. Azerbaijan was twice recognized as a top business-reformer country in the Doing Business 2009 and 2019 reports. We have attracted $US111 billion in foreign investment since 2007, which has contributed to the development of all sectors of the economy. As a result, while initially ranked 64th in the Global Competitiveness Report released by the World Economic Forum in 2006-2007, Azerbaijan rose to 35th among 137 countries in 2017-2018. In 2019, Azerbaijan tied for second place in the category of “Electricity access”, ranked third in terms of “Burden of government regulation” and “Ease of hiring foreign labour”, fifth in “Government’s responsiveness to change”, eighth in “Time to start a business”, and 10th in “Government long-term vision”.

In the same report, Azerbaijan ranked 11th among the 141 countries in “Efficiency of train services”, 12th in “Efficiency of air transport services”, 25th in “Efficiency of seaport services” and 27th in “Quality of Road Infrastructure”. How? Significant developments to the country's transportation and road infrastructure were made possible by foreign and local investment. But capital has not been the only factor in our transport improvements; cooperation has played an important role too. Cooperation within the framework of the Forum has enabled Azerbaijan to act as a global transit hub, and, specifically, as a key player in North-South and East-West transport corridors. Initiated by Azerbaijan, the Baku-Tbilisi-Kars railway that connects the railways of Azerbaijan, Georgia and Turkey became operational in October 2017. It is a cohesive and sustainable transportation corridor that connects Asia and Europe. Azerbaijan was also the impetus for the largest port in the Caspian Sea, the new Baku International Sea Commercial Port that was commissioned in May 2018. 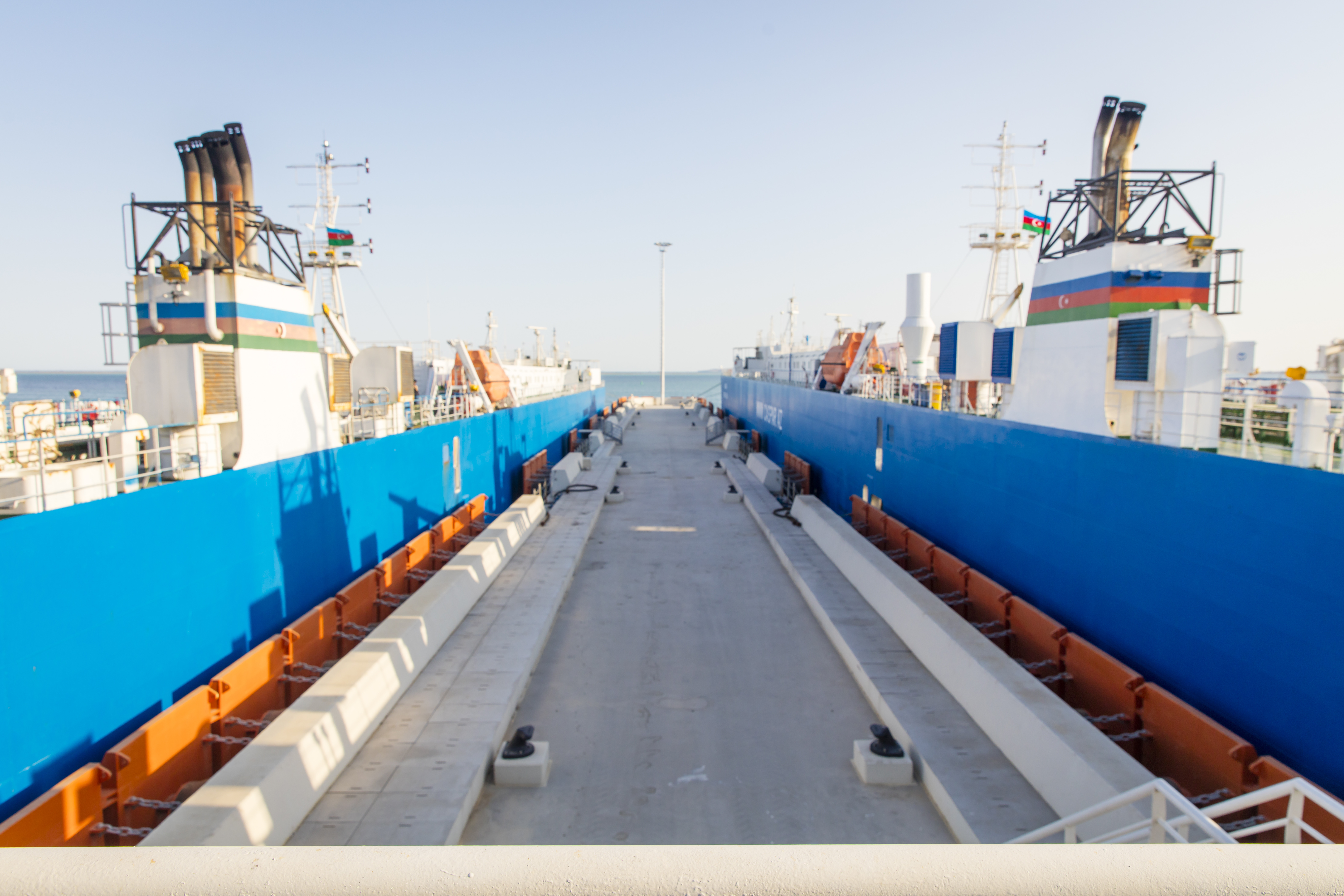 Azerbaijan is strongly committed to the socio-economic development of its citizens together with the preservation of ecological balance; that is, protecting the environment. We have developed a “Smart City” concept to improve our local and international transport management system and ensure a high level of security. It aims to enhance the quality of urban services such as energy, transport and utilities by reducing the consumption, waste and overall cost of resources.

Azerbaijan has continued to successfully implement energy projects. Supporting the EU’s efforts to diversify gas supply, Azerbaijan has implemented the Southern Gas Corridor. This 3,500-km project will change the energy map of the entire region by bringing natural gas from the Caspian region to European markets. Rather than an alternative to Europe’s gas supply, the Southern Gas Corridor provides a means of diversification. This project, with a total capital investment of $US40 billion, consists of four parts:

The first phase of the project – the Shah Deniz-2 – has been completed. Shah Deniz gas will be transported over 3,500km, rising to an altitude of 2,500m and descending to a depth of 800m.

The second phase of the project, the South Caucasus Pipeline (SCP), has already been commissioned. The length of the pipeline, connecting Azerbaijan to Turkey through Georgia, is 691km.

Otherwise known as TANAP, this constitutes the third phase. The pipeline is 1,850km-long, extending to the western border of Turkey as a continuation of the SCP. TANAP, which supplies Azerbaijani gas to Turkey and Europe, is connected to SCP on the Turkish-Georgian border and to the Trans-Adriatic Pipeline (TAP) along the Turkey-Greece border.

The fourth phase of the project is the Trans-Adriatic Pipeline (TAP). The length of the pipeline is 878km and 90% of construction is completed. The pipeline runs from Greece via Albania through to the Adriatic Sea to Italy. This year, it is slated to begin transporting Azerbaijani gas to Europe. On 30 November 2019, the opening ceremony of the section of the TANAP that merges with TAP took place.

The sharp decline in oil prices in the world markets since 2014 has accelerated economic diversification and reforms in the non-oil sector of our country. The strategic roadmap for the national economy and key sectors of the economy were adopted in 2016, structural and personnel reforms were undertaken, and serious actions were taken to improve the business environment in the country. As a result, Azerbaijan ranked 34th overall out of 190 countries in the Doing Business 2020 report: first in “Getting Credit”, ninth in “Starting a Business” and 28th in “Enforcing Contracts”.

In appreciation of its active and fruitful cooperation with the World Economic Forum, the Republic of Azerbaijan will continue to support efforts to develop and promote collaborations on this platform.