NewsWeek: US Must Connect the Geopolitical Dots on Russia's Destabilizing Behavior 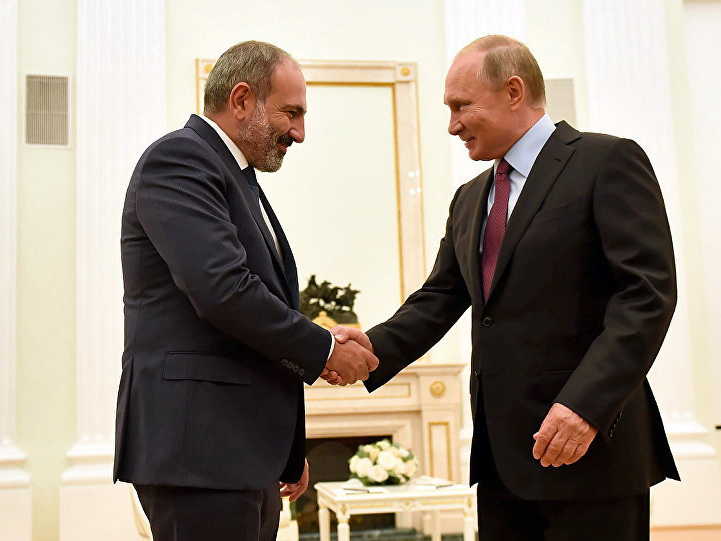 As the U.S. braces for another election, Americans are increasingly learning that Russian interference is a global phenomenon.

The British Parliament's Intelligence and Security Committee on July 21 published a report which found that Russia has used espionage, cyberattacks and other forms of subversion to undermine the U.K.'s democratic process, including in the 2019 British general election.

Previously, on July 16, statements by the governments of the U.S., U.K. and Canada linked Russian state intelligence to a hacking operation targeting international research centers that are seeking to develop a COVID-19 vaccine.

Moscow's destabilizing behavior was already the source of a budding controversy on Capitol Hill, amid the recent New York Times report on alleged Russian bounty payments for Taliban-linked attacks on U.S. troops in Afghanistan.

The U.S. foreign policy establishment cannot lose sight of the long game on policy toward Russia. From the bounties to the hacking, allegations of this magnitude should motivate a thorough examination of recent history, as well as the crucial strategic exercise of connecting the geopolitical dots.

Against the backdrop of prior suspicions of Russia's growing military footprint in Afghanistan, former Defense Secretary James Mattis had warned in 2017, "We're going to have to confront Russia," words that today could prove prescient. During the same period, top U.S. commander in Afghanistan Gen. John Nicholson claimed Russia was "arming belligerents" in the region and "acting to undermine [American] interests." Russia's activities in Afghanistan serve to painfully remind America that wherever Washington leaves a void militarily, Moscow often fills that void.

The alleged Russian bounty move is also not a novel tactic. Back in 2010, the Theater Intelligence Group reported that Iran's Quds Force was paying $1,000 for every U.S. soldier killed and $6,000 for each American vehicle destroyed in Afghanistan. Also during 2010, State Department cables disclosed by WikiLeaks revealed that Armenia had two years earlier supplied Iran with weapons that were later used to kill American troops in Iraq. According to one of the cables, then-Deputy Secretary of State John D. Negroponte wrote a letter to Armenia's president at the time, Serzh Sargsyan, expressing "deep concerns about Armenia's transfer of arms to Iran which resulted in the death and injury of U.S. soldiers in Iraq."

Today, while it would normally be instinctual to relegate those decade-old reports to the dustbin of history, it is incumbent upon U.S. foreign policy decision-makers to study the past for the purpose of informing their response to current challenges, such as the Russian bounty issue.

In particular, any investigation of Russia should not ignore the role of the Kremlin's staunch allies—like Armenia, the country that is home to both the Russian 102nd Military Base in Gyumri and the Russian 3624th Airbase in Erebuni Airport near Yerevan. The Armenians have also partnered with Russia on Moscow's military mission in Syria, in support of dictator Bashar al-Assad's regime. Russia's robust military and aerial presence in Armenia, coupled with the Russian-American rivalry for global influence, represents an ironic twist for a U.S. government that provides substantial foreign assistance to Armenia.

This month, Russia has strengthened Armenian air defense capabilities during the escalation of the conflict between Armenia and Azerbaijan, while a Russian Kalashnikov rifle factory began operations in Armenia. Upon touring the new factory on July 7, Armenian Prime Minister Nikol Pashinyan described the facility as a testament to close defense cooperation between Armenia and Russia. Pashinyan is the same leader who, in June 2018, was photographed inside the cockpit of a Russian-built Su-30SM fighter jet—an image that is more than merely a symbol, and is a rather concrete embodiment of the lockstep ties shared by Russia and Armenia. If the aforementioned WikiLeaks revelation of 2010 is any indication, the U.S. needs to carefully monitor the distribution of the Russian rifles produced in the new Armenian factory in order to ensure that the weapons do not fall into the wrong hands.

On a parallel track with the Russian bounty allegations, the ongoing explosions at Iranian nuclear facilities have added another high-profile layer of mystery to the regional and global security landscape, fueling concerns of heightened instability. Although conventional wisdom holds that the blasts emanated from a foreign source—with most commentators accusing Israel of attacking the nuclear sites—the nature of international relations dictates that there is more to any incident than meets the eye.

As the controversies mount and the mysteries are gradually deciphered in regard to the bounty and nuclear episodes, America's legislative and intelligence communities must leave no stone unturned in investigating both the expected and unexpected roles of Russia, Iran and their proxies.

Paul Miller is president and executive director of the news and public-policy group Haym Salomon Center.